I crossed the Mississippi and headed into Illinois (state #8!) this morning. My quick and statistically invalid assessment of Illinois compared to Iowa is as follows: Illinois has better roads with less traffic,  fewer pig farms, more soybeans (which means better visibility), and friendlier motorists- I had several honk and wave and one guy just drove alongside me while talking to me! I was a little concerned that after all the hard work going over the Cascades and the Rockies, I would get soft in the flat areas of the mid-continent region. Well, not to worry- I haven’t seen much flat ground at all and some of todays hills looked like runaway truck ramps. With those hills and a stiff headwind, I had a great workout riding to Cambridge! I am staying at a WS house tonight and they are hosting a concert tonight. There will be two local bands and one touring band with people sitting in chairs in the  front yard and a potluck afterwards! Daily mileage: 59, trip miles: 2,491.

Going over the Mississippi at Muscatine. FYI, Muscatine was once the home of the biggest pearl button making factories in the world. They used the nacreous layer from fresh water bivalves from the Mississippi River. 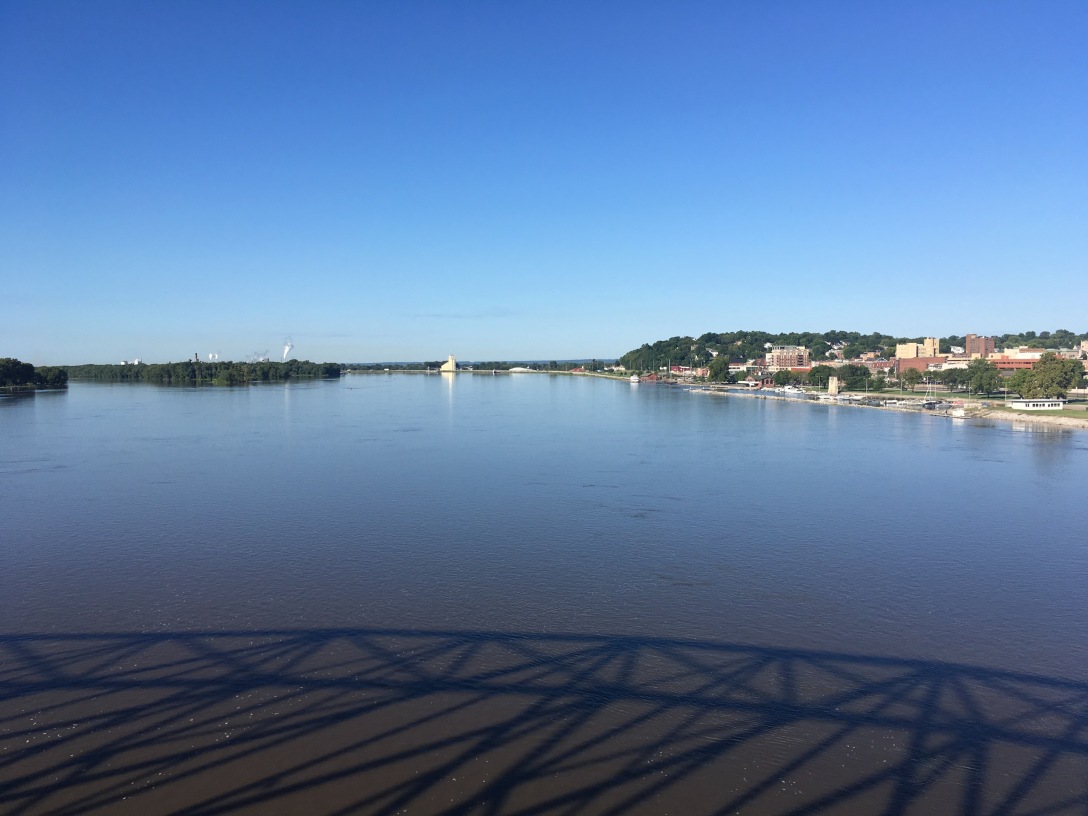 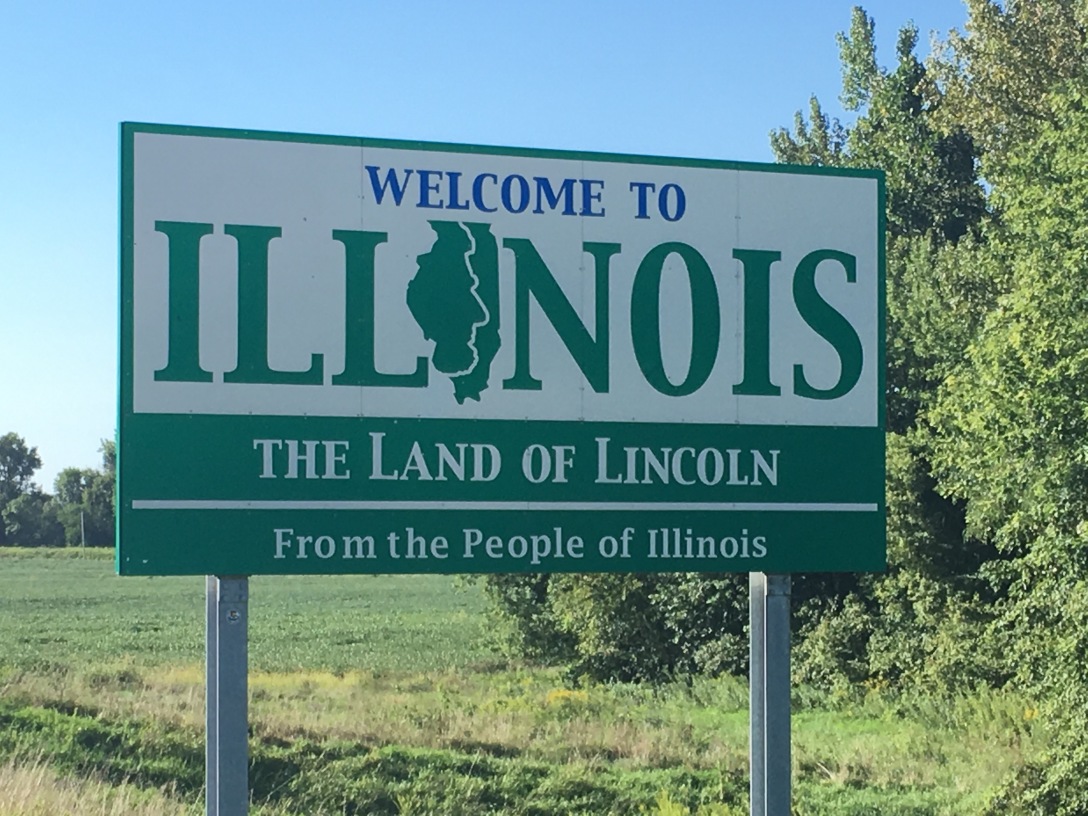 As I said, more hilly roads: 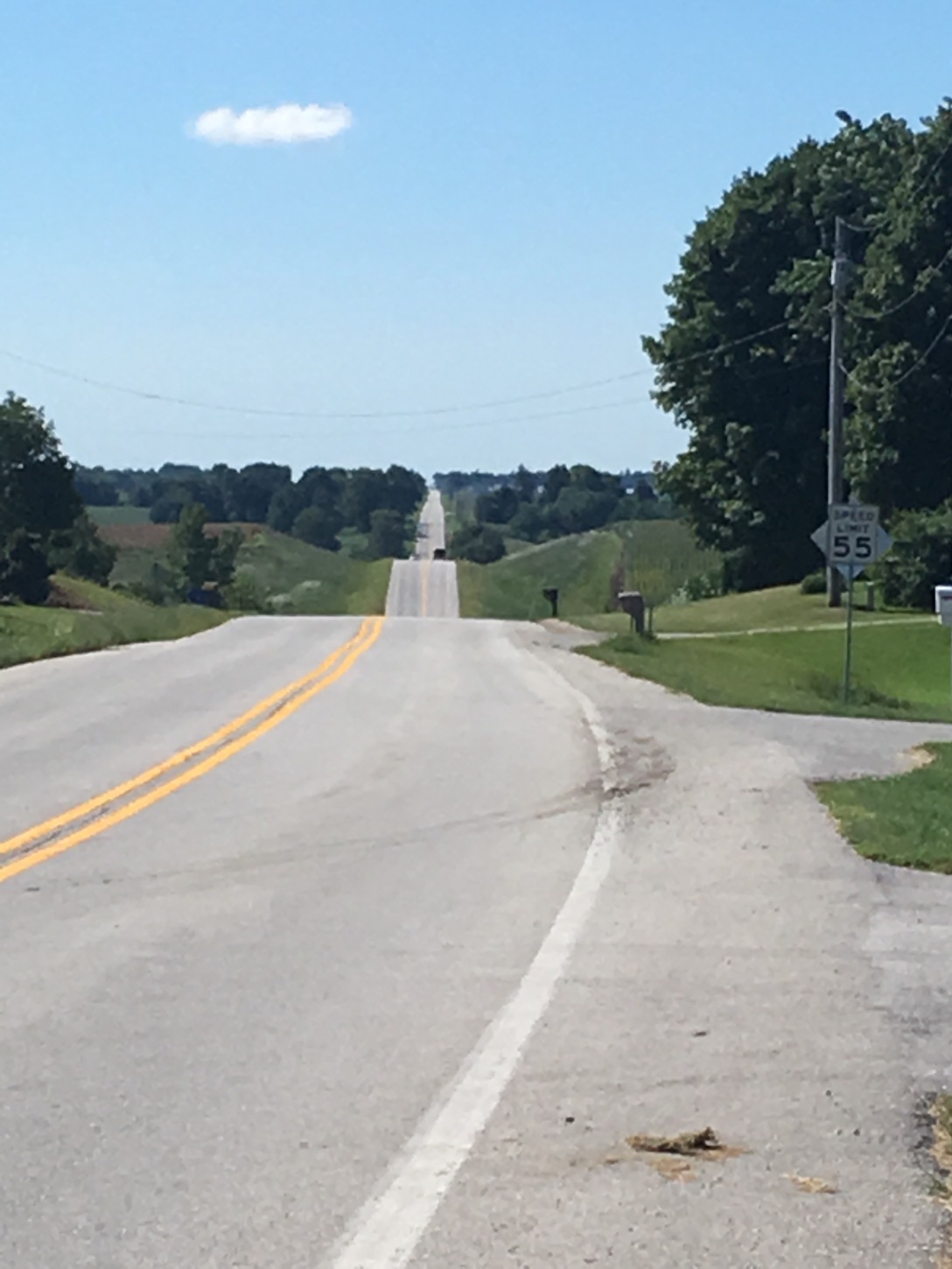 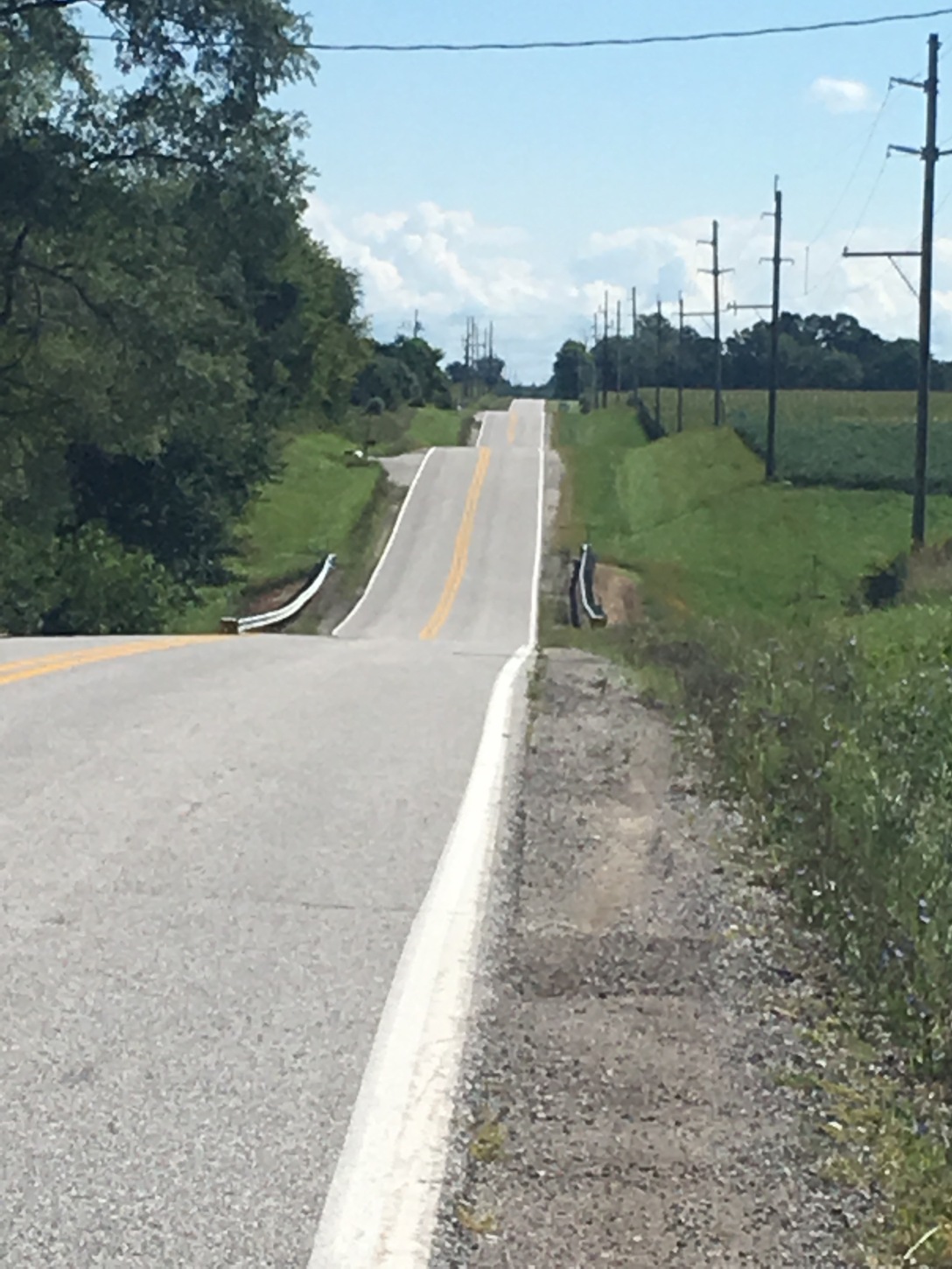 Many of the hills looked like this- I had to use my lowest gear to climb them: 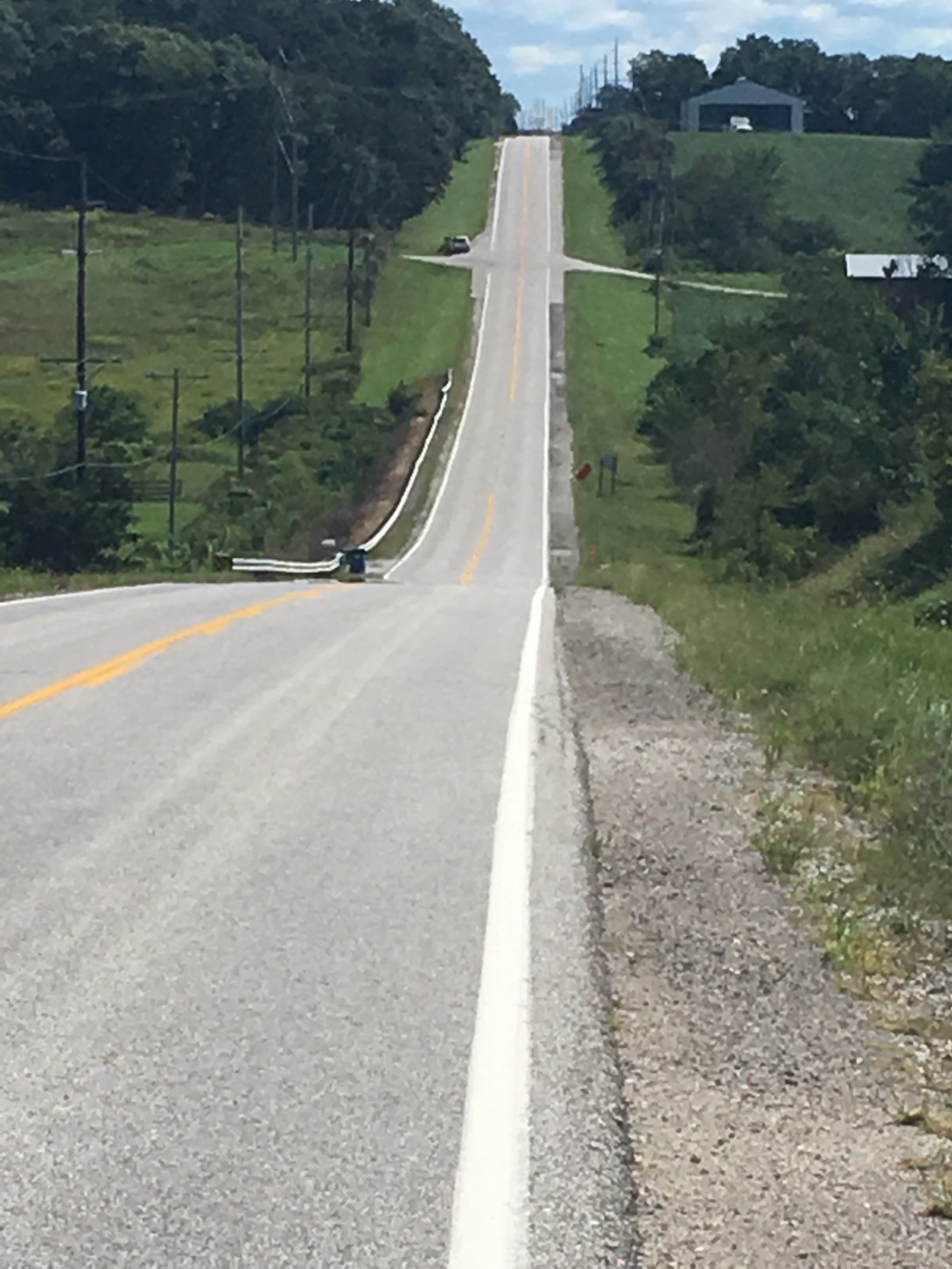 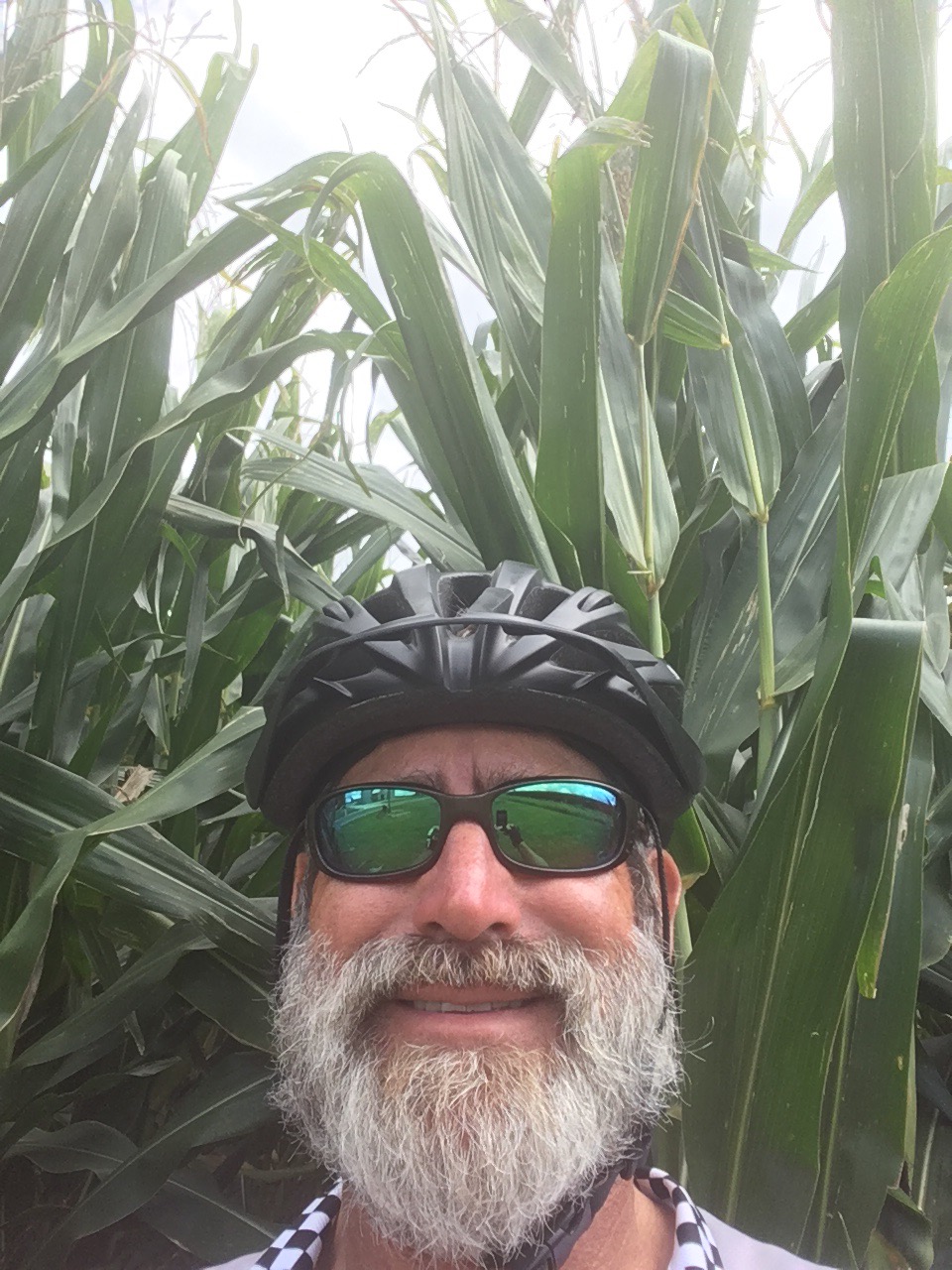 And soybeans as far as the eye could see under building clouds: 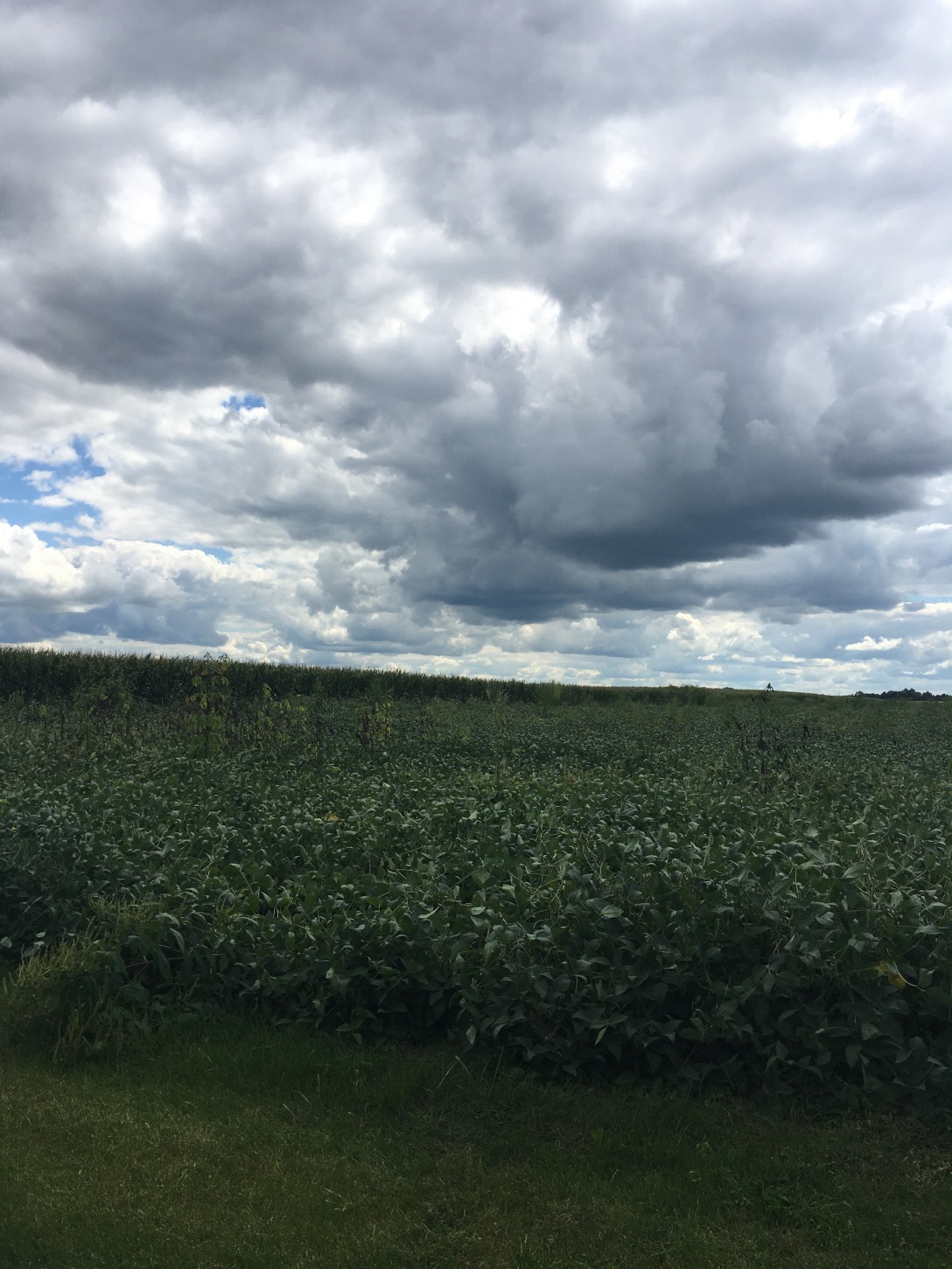 My WS host John setting up for the concert under his big covered porch: 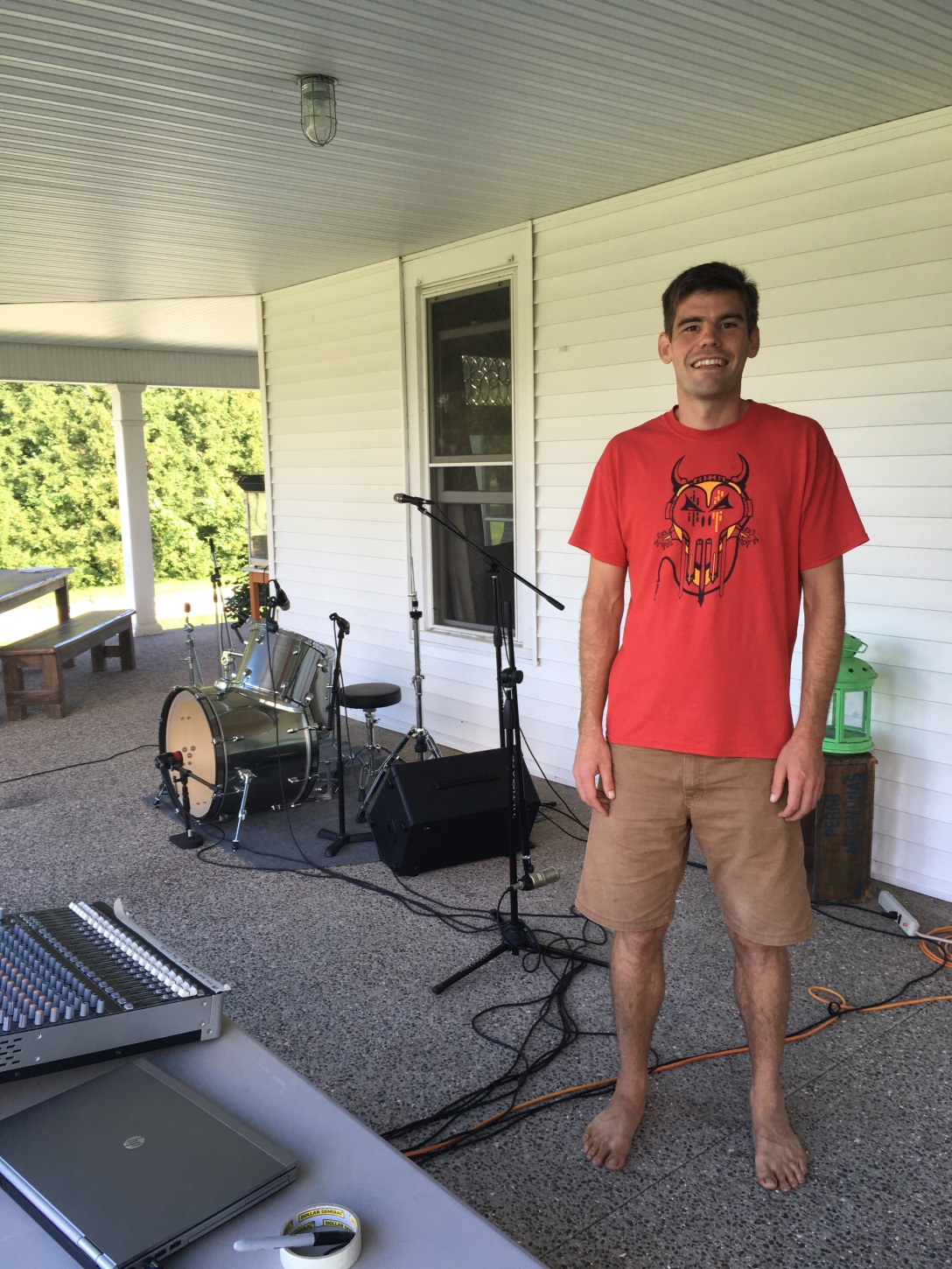