When we got up this morning it was 18 degrees and there was frost on our tents and everything left outside. Even the gruel was good this morning because it was hot… We waited around because it was too cold to ride. Finally, by 09:30 it warmed up to 54 degrees so we got on our bikes and pedaled off.

Today was a tough ride. We had lots of hills on loose gravel roads and it was scorching hot in the afternoon. And we didn’t pass any nice streams where we could filter water… Eventually we reached our destination- the Hildreth cattle ranch. They have rooms for rent and usually provide meals, too. We didn’t get fed because they were putting hay up and were very busy until late. Johnny D begged us some almost beers (Coors Lite, sigh…) and we had them for 5’sies and with our tasty Chili Mac with Beef dehydrated dinners.

A pretty doe and her two fawns in camp this morning: 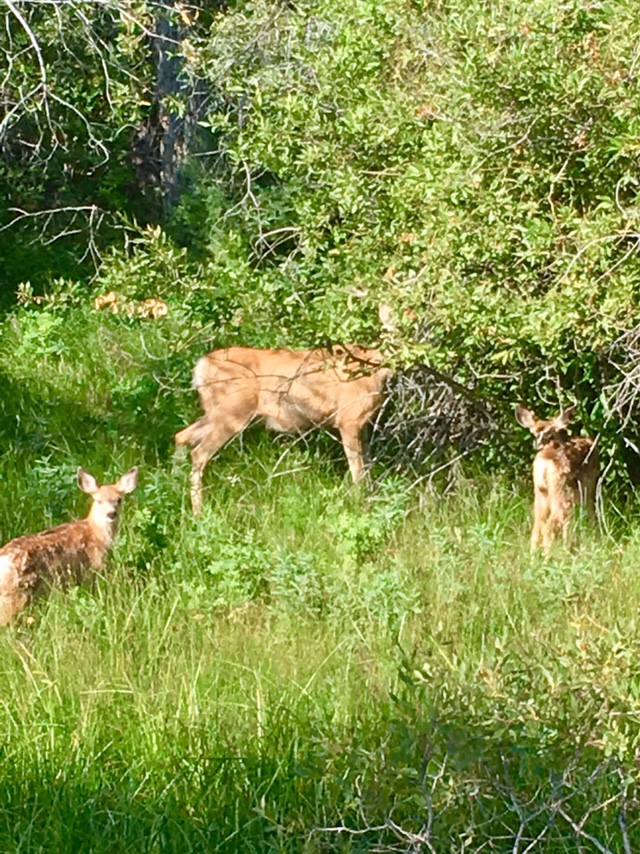 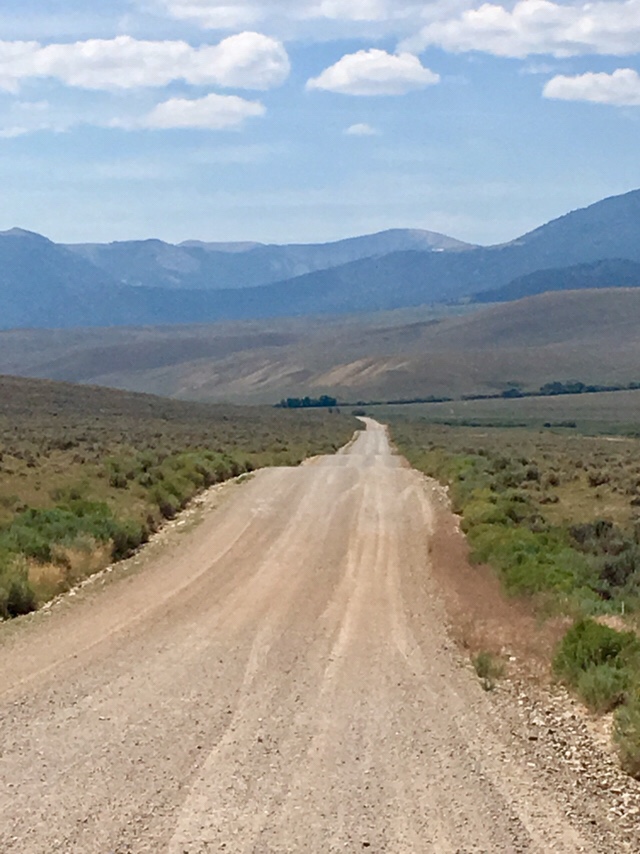 Pretty, open valleys flanked by big mountains. We saw lots of antelope around: 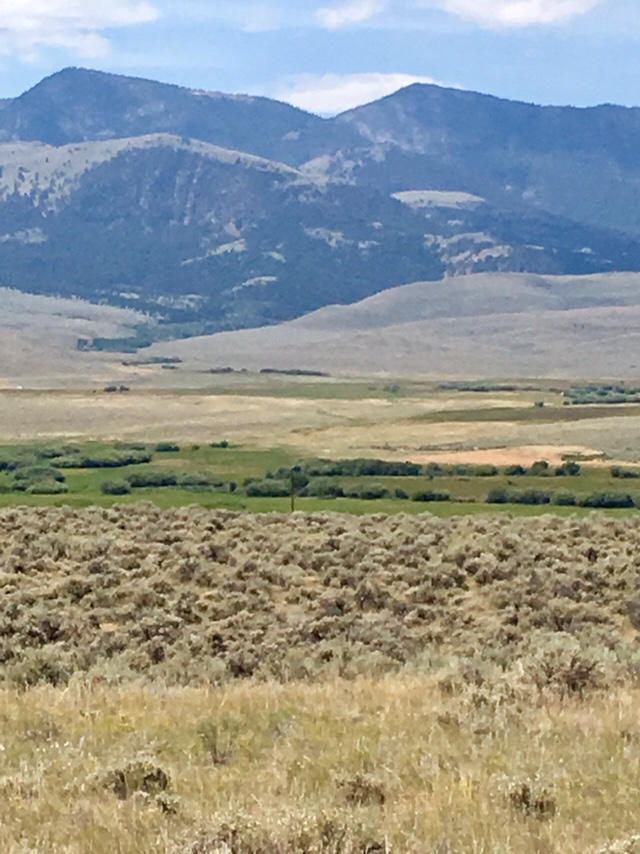 This is s beaver slide. They were used in the olden days to pile and compress hay: 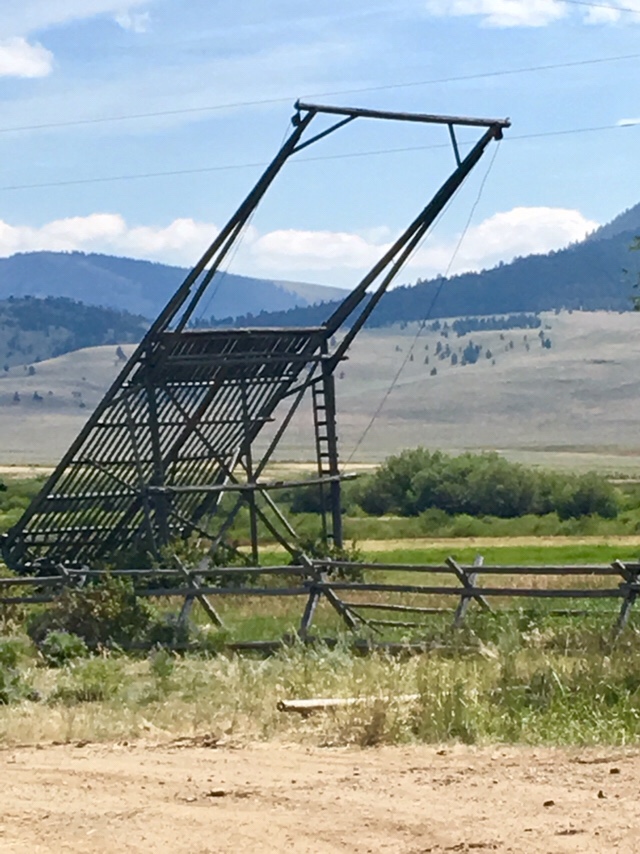 3 thoughts on “Day 23: a cold start and hot climb to the cattle ranch”