We had a little rain as we were having breakfast and breaking camp. It didn’t rain very hard and it was cool with beautiful clouds when we started riding.

We had full water bottles and had to go only 33 miles to the next water source- A&M Reservoir (not affiliated with the University…). Well, it was quite hot and the road was roly poly and the wind was often a strong headwind so when we finally reached the reservoir, we were dry… The reservoir was just beautiful! We first refilled (with filtered water) all our water bottles- and that would be nine- then we each filled up a 4 liter water bladder. Then we went for a glorious, refreshing swim!

Then we got back into our dirty bike clothes and hit the road again. We started with 13 miles of very soft, sandy road straight into a 15-20 mph wind. Then we turned onto another gravel road that was better and we had a crosswind to quartering headwind. Our plan was to ride about 43 miles so that tomorrow we would have a 45 mile ride, 3/4 of which was paved, to Rawlins.

We saw antelope everywhere along the ride today. After riding 43 miles we started looking for a flat place to camp- nada. We ended up riding 46 miles and made it to the paved road- which had a nice tailwind!

We decided to take advantage of the tailwind and keep on riding while looking for a place to camp. We found a nice place but it was very hot and no shade so we kept on going. At some point we decided heck, let’s just ride to Rawlins- it would only be another 36 miles (and an 88 mile day). We encountered some unexpected hills and finally rolled into Rawlins around 8:30 and it was nearly dark. It took us some time to find a hotel room due to a local refinery having a turnaround and it was an expensive room.

This morning we checked into a very inexpensive motel closer to downtown. The hotel is owned by a lovely grandmotherly to great grandmotherly lady named Mary. Mary let us park our bikes in her little laundry room and told us we could use her truck to go into town for anything! She said she usually doesn’t offer the use of her truck but we were obviously older…and trustworthy. Another soft landing!

Daily totals: 88 miles and 3,400′ climbing. I’d give you a trip total but we don’t have that number at the moment…

Wildlife along the way included wild horses, horned toads and the ubiquitous antelope. I got very close to this pronghorn; I think he was sick. 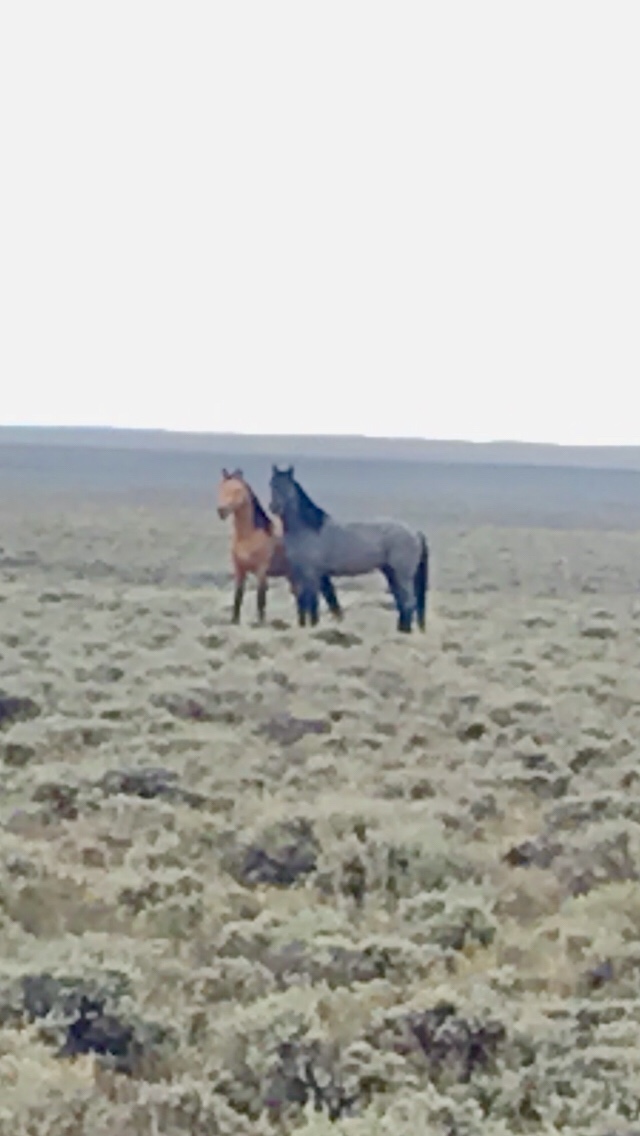 For the naturalists following us, we observed that pronghorns scuff out a spot before they urinate and defecate. Interesting, and different behavior than deer, elk, etc.

The white dot in the middle of the photo is a pronghorn antelope rear end: 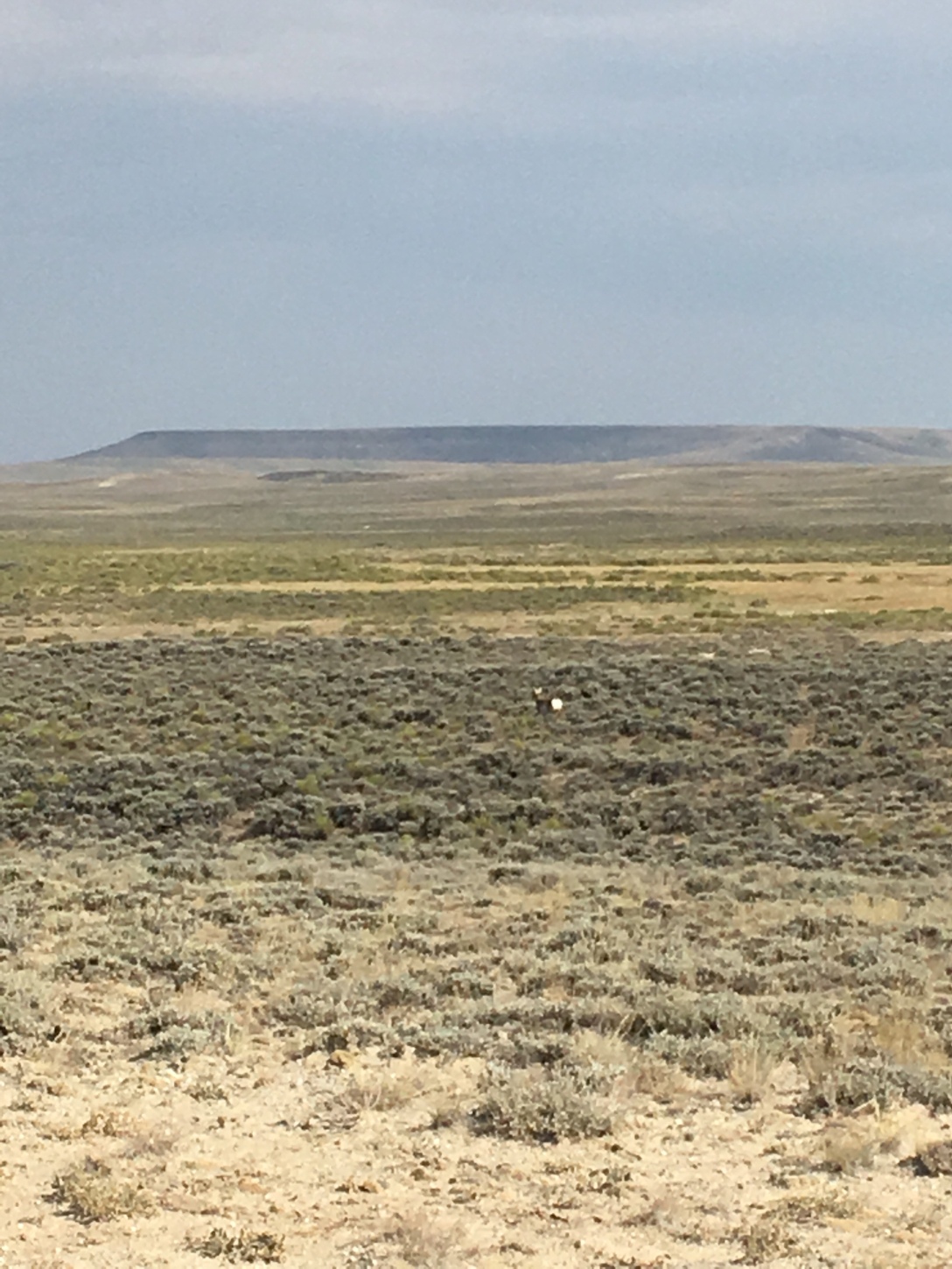 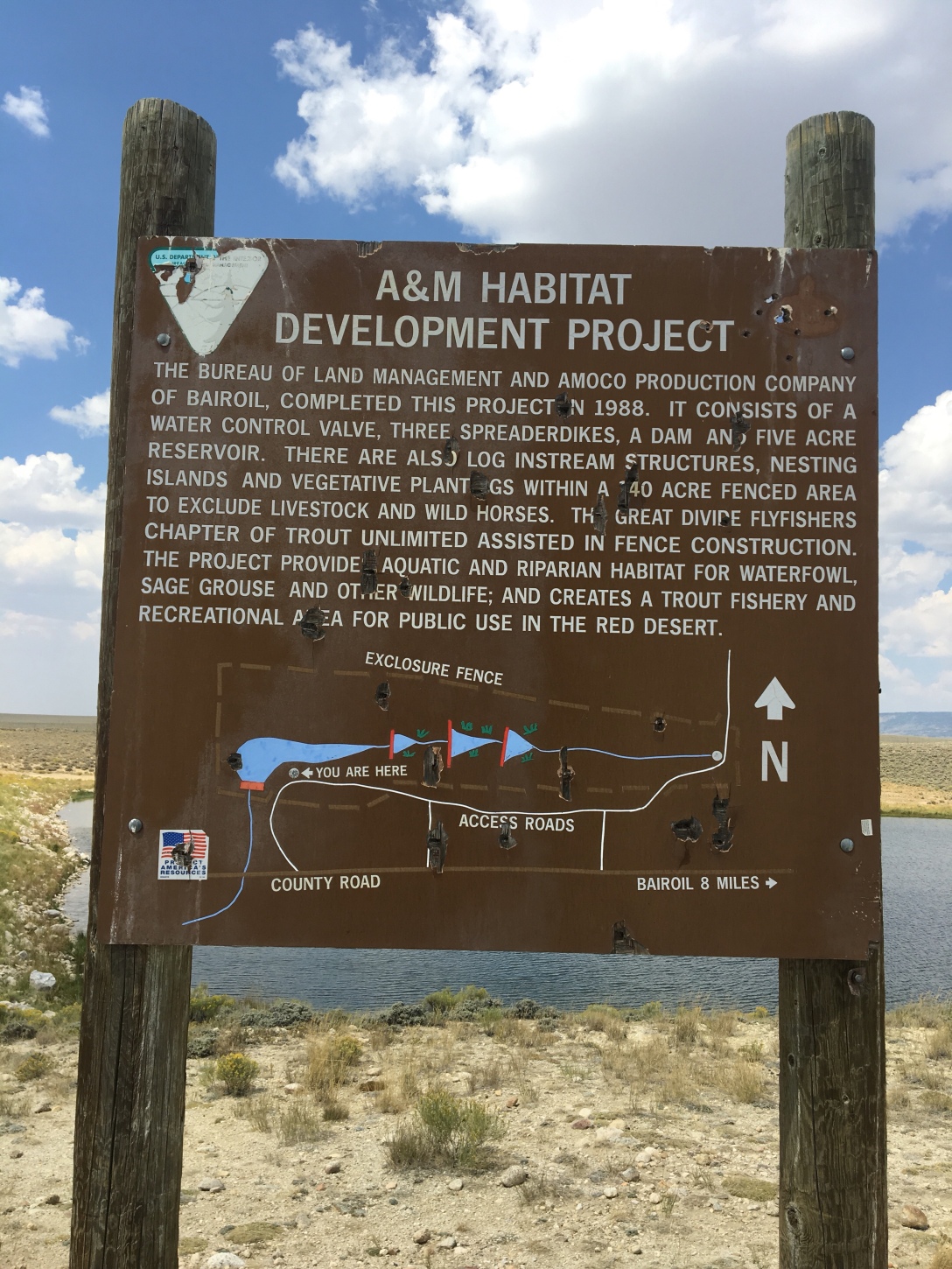 A common phenomenon in WY whether on dirt or paved roads: