Simce I had a short ride of approximately 44 miles today, I slept in, had a leisurely breakfast  and didn’t hit the road until about 09:15. It was a cool morning – the high today was only 71- and the forecast predicted a moderate crosswind/tailwind. I checked Google Map and it showed a somewhat better route to North Branch so after little or no reflection I changed my route. After 1 mile, I turned onto a dirt road- it was only 1 1/2 miles until I was supposed to turn, and the road wasn’t bad so I took it. After 1 1/2 miles I turned onto another dirt road- this one for 3 miles- and it was much softer. About 1 mile down this road it became so soft my 38 mm touring tires just sank in and I had to walk my bike! I walked my bike to the next turn and, you guessed it- all roads were (soft) dirt. Crikey! I got all my maps out and looked at Google Earth and developed a plan to get me on to some paved roads. Eventually I did make it to some better dirt roads and then paved roads and finally got back on track. I lost about 1 1/2 hours and added about 10 miles to the day but, on the positive side, I met some very nice large dogs while walking my bike… Once on paved roads, and with periodic tailwinds, I had a very enjoyable ride into North Branch. Now I have four rules: 1: Eat before I am hungry 2: Drink before I am thirsty 3: Don’t do anything stupid (I am limiting this to unsafe acts) and the new one- 4: Do not follow Google Maps onto dirt roads- just turn around. You may recall that I broke rules 1 & 2 and was on the ragged edge of breaking rule 3 on day three going over Washington Pass. Breaking the rules doesn’t give me a lot of heartburn but, strangely, having them does give me some comfort. Daily mileage: 54, trip miles: 2,044.

These were not nice, firm, graded dirt roads: 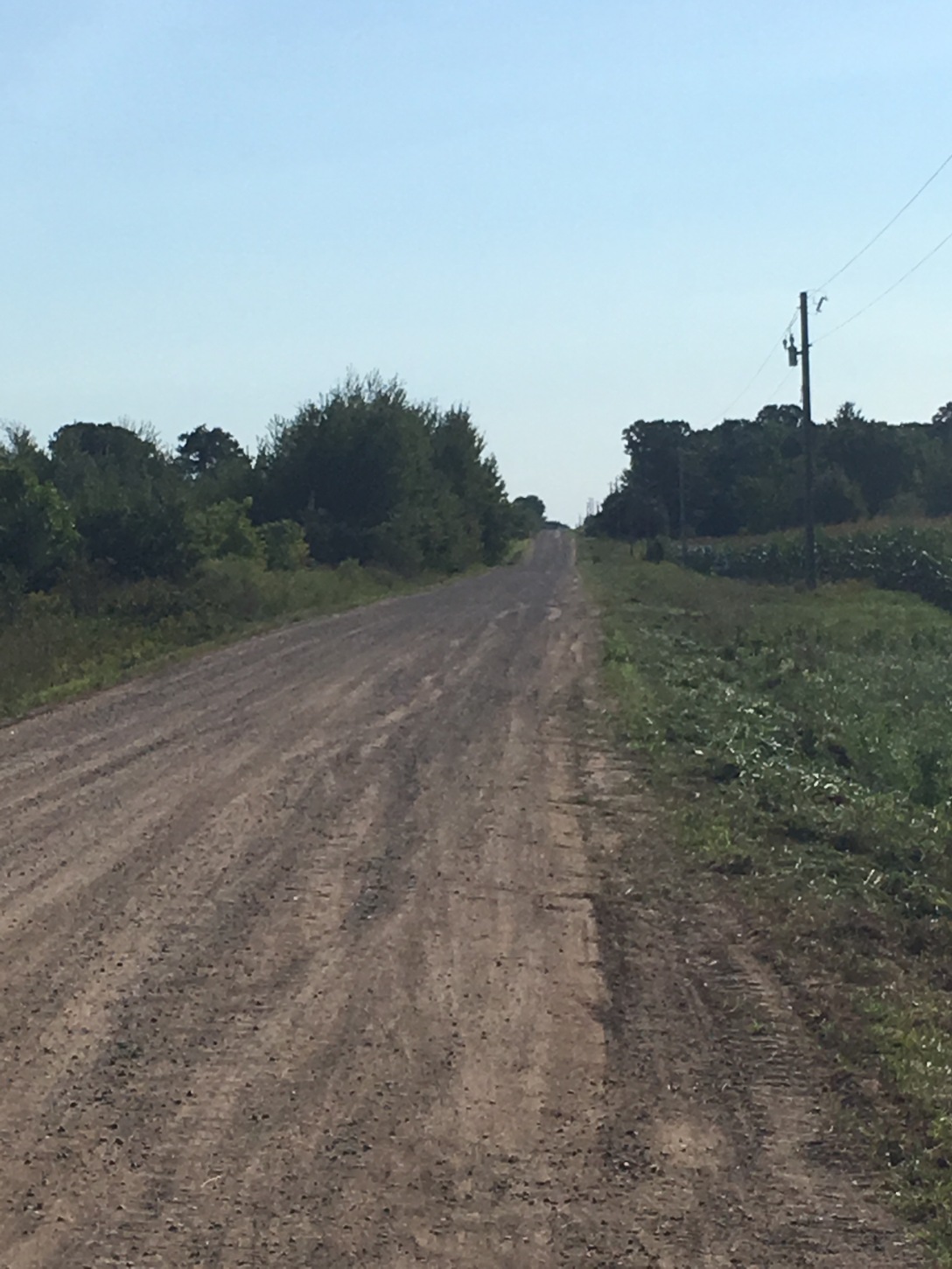 This was my first paved road after escaping the dirt road maze. I was very excited: 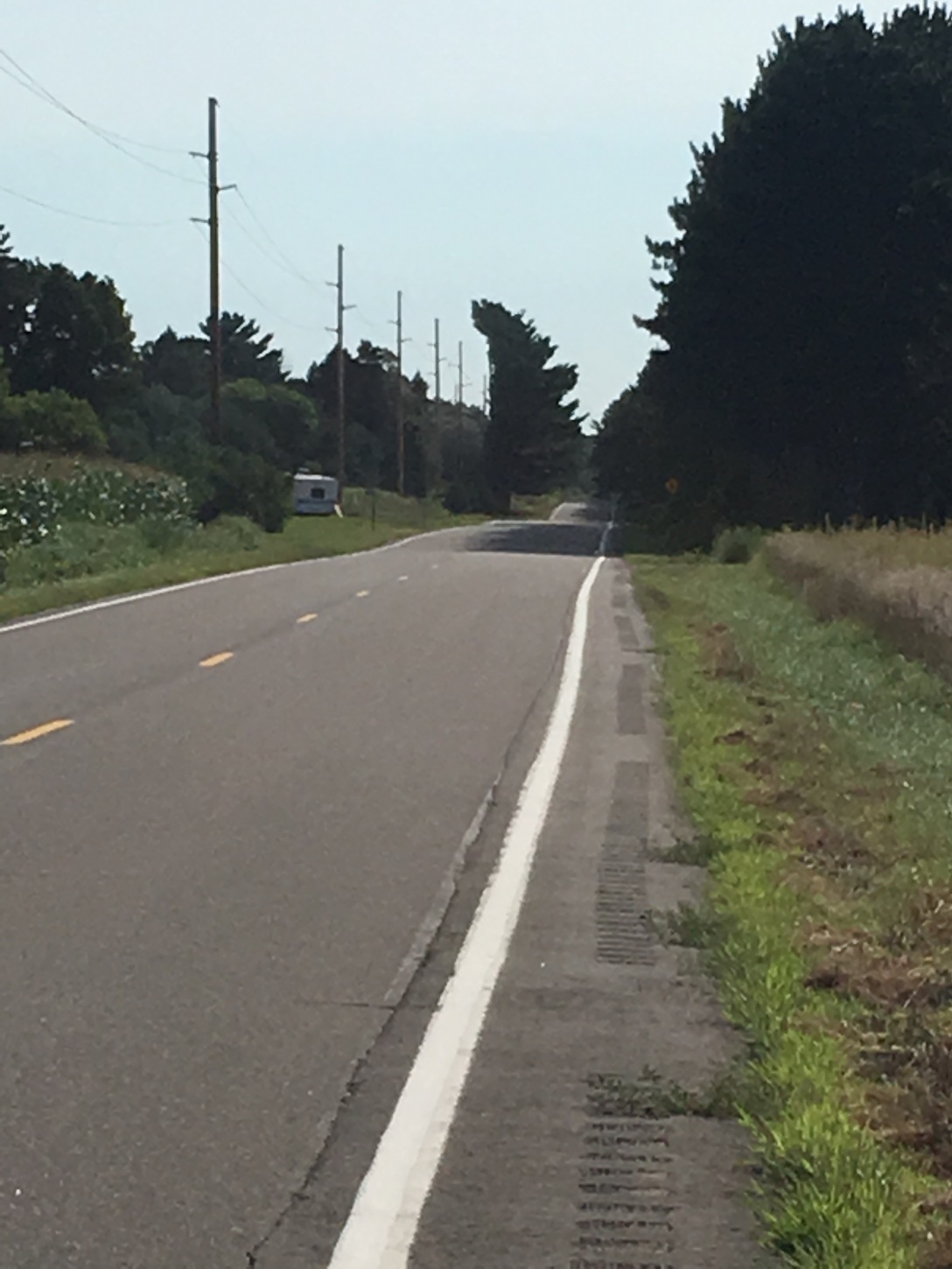 I rode over some pretty rivers but they did not have a name posted by the bridge. They looked like they would be great down which to canoe: 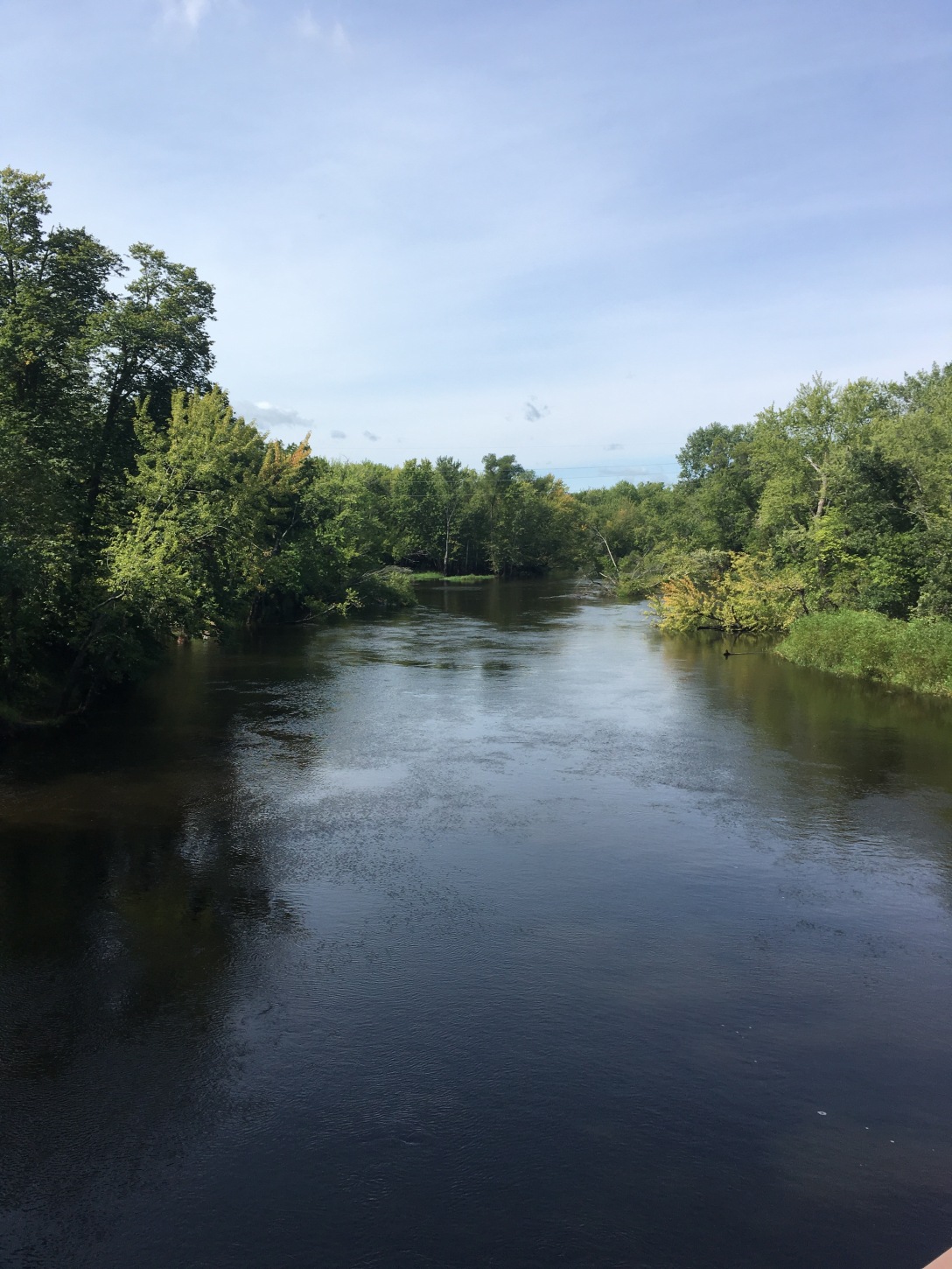 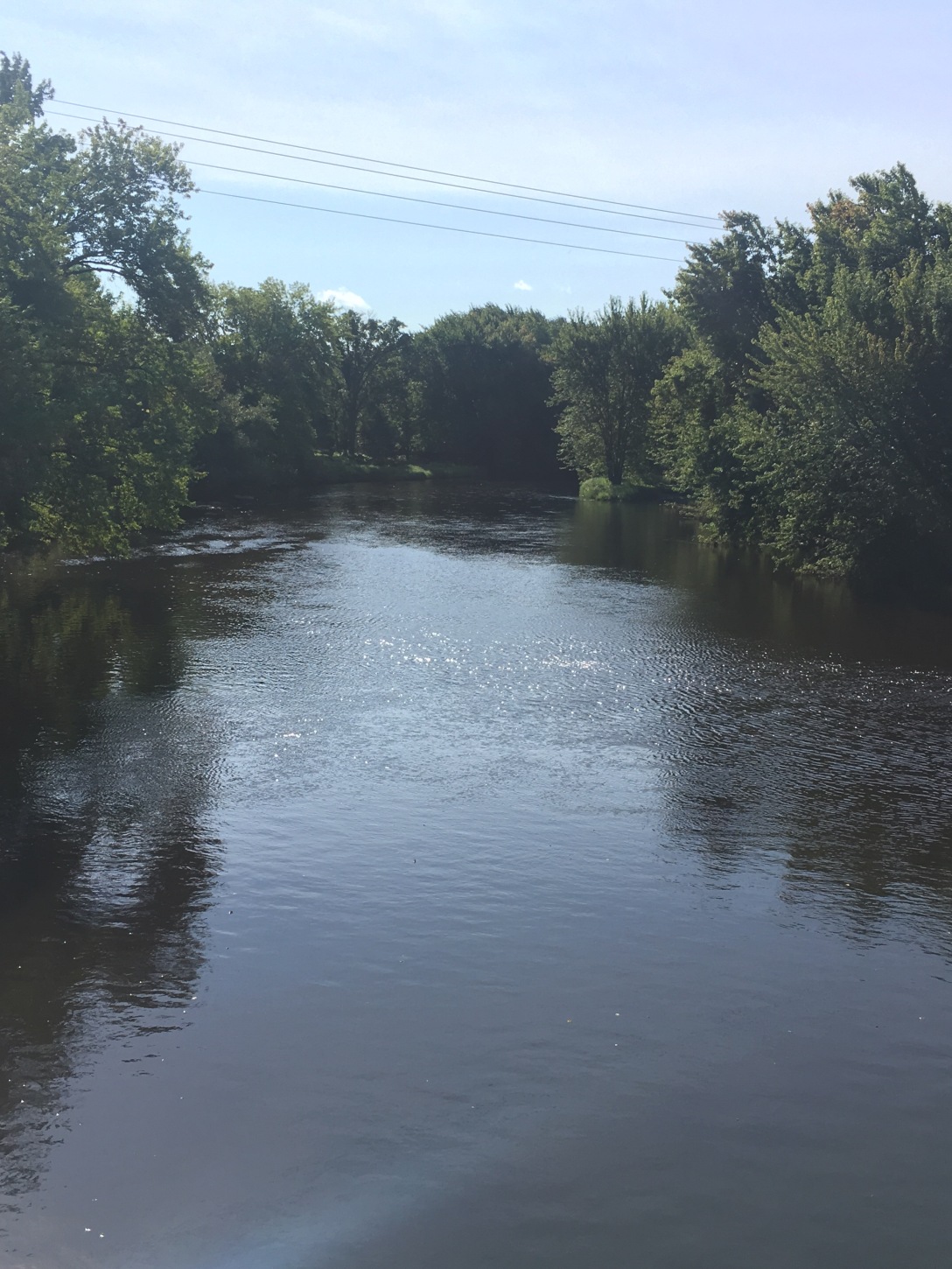 Many of the farms I rode past remind me of New England- except most of the farm houses seem newer and no stone walls: 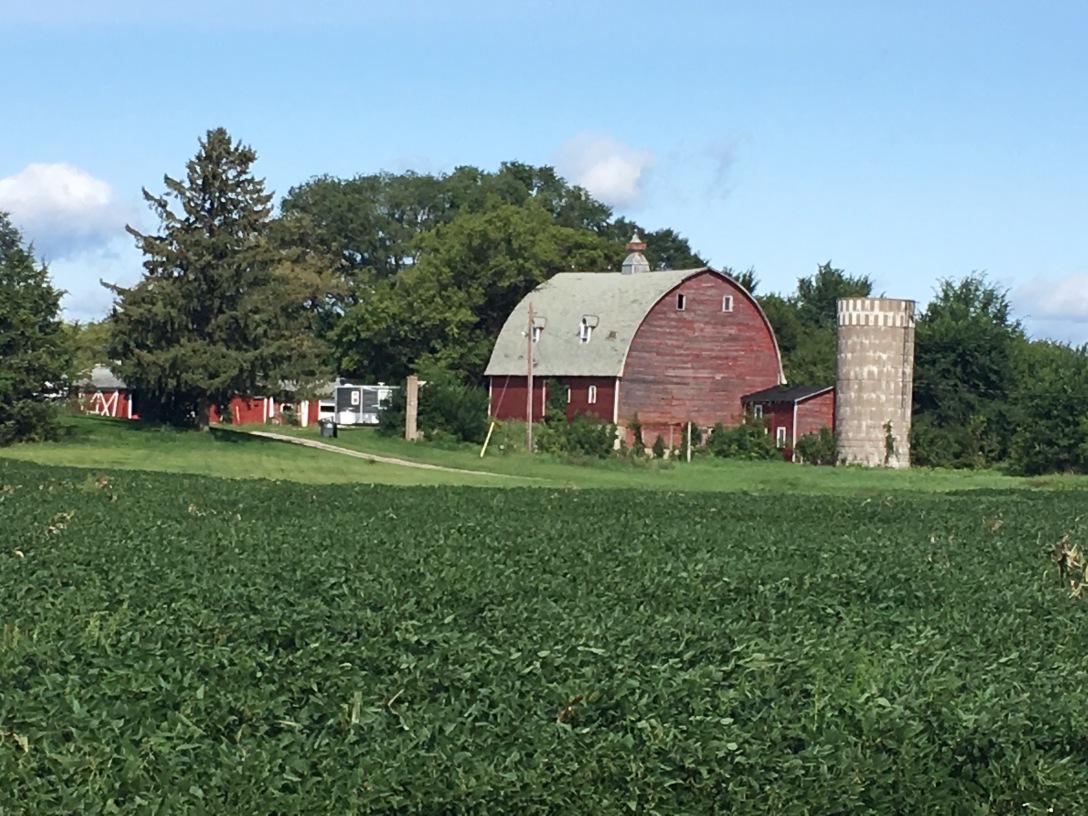 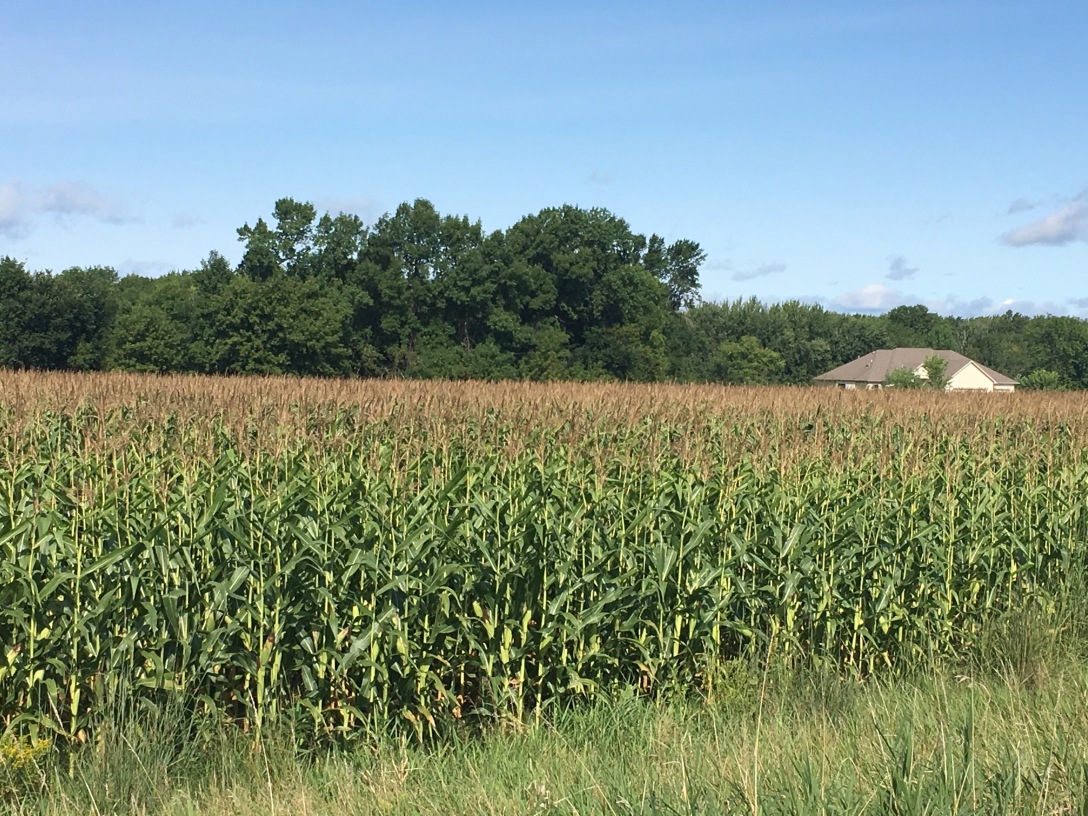 I just had to take a picture of this. How many streets have you seen that were named after rare earth elements?: 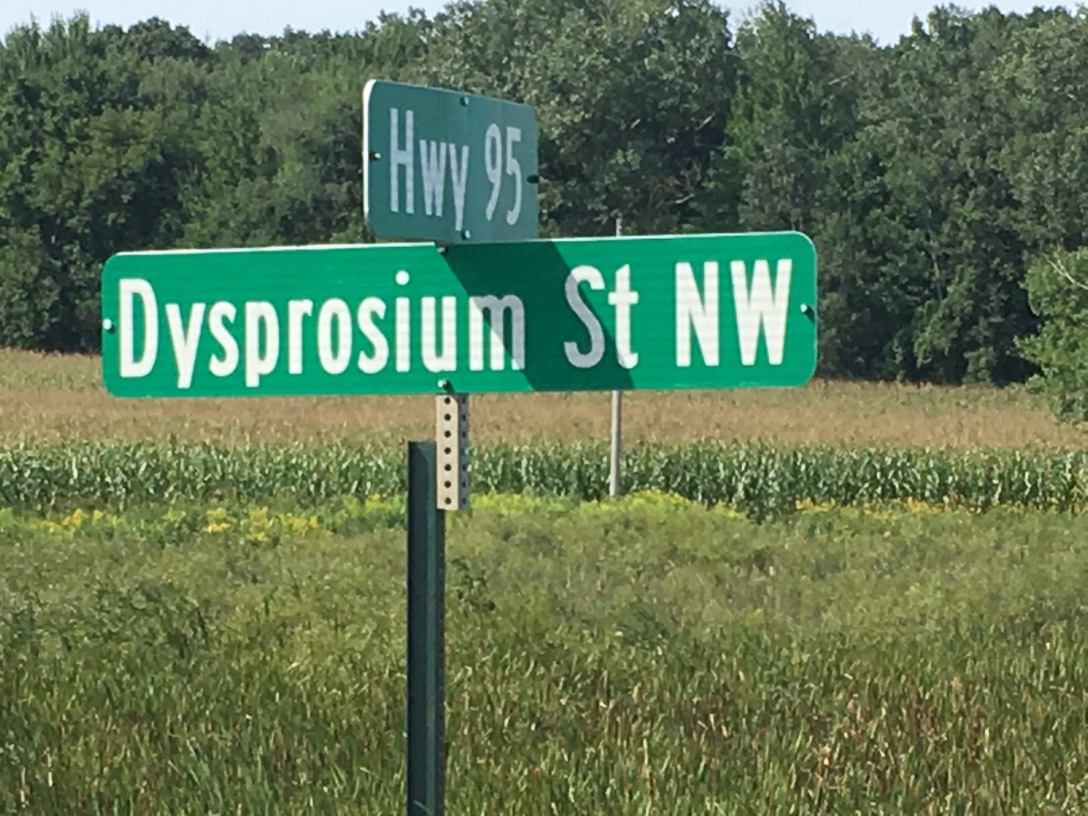 My candidate for farmhouse of the month: 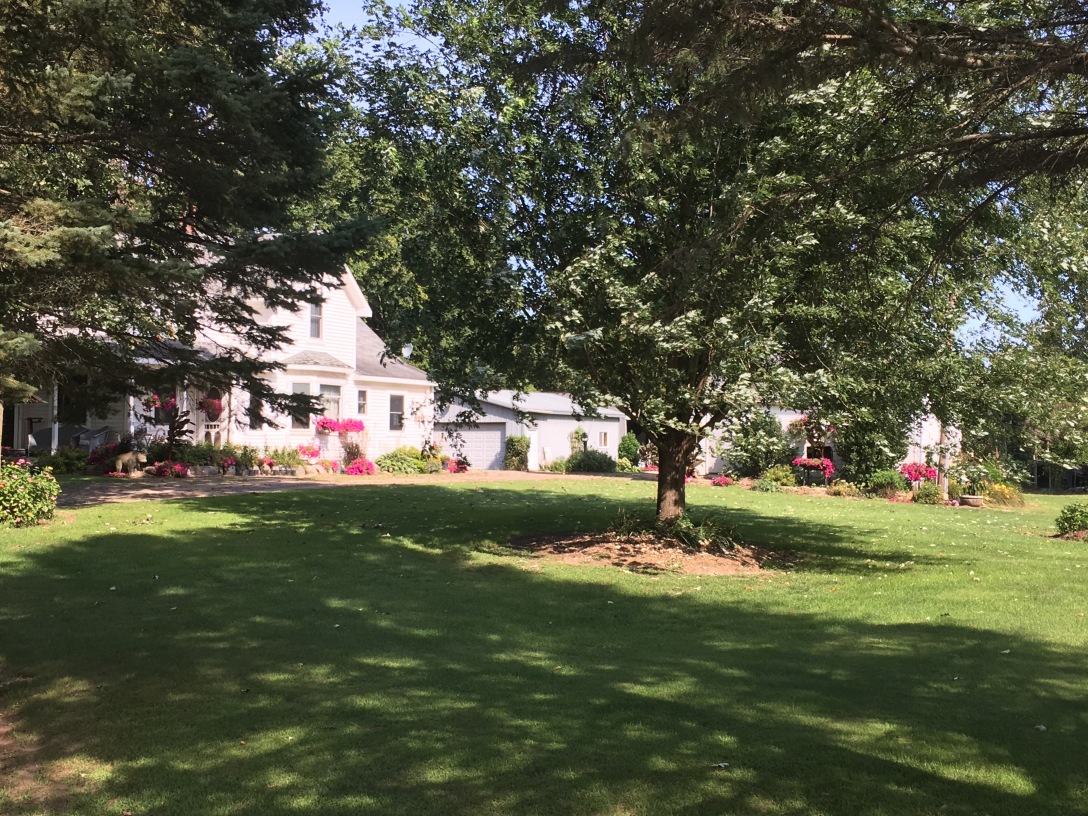 And finally, the summacs and these trees (whatever they are) are starting to turn to fall colors- and that is making me nervous, having 2,000 miles or so to go: 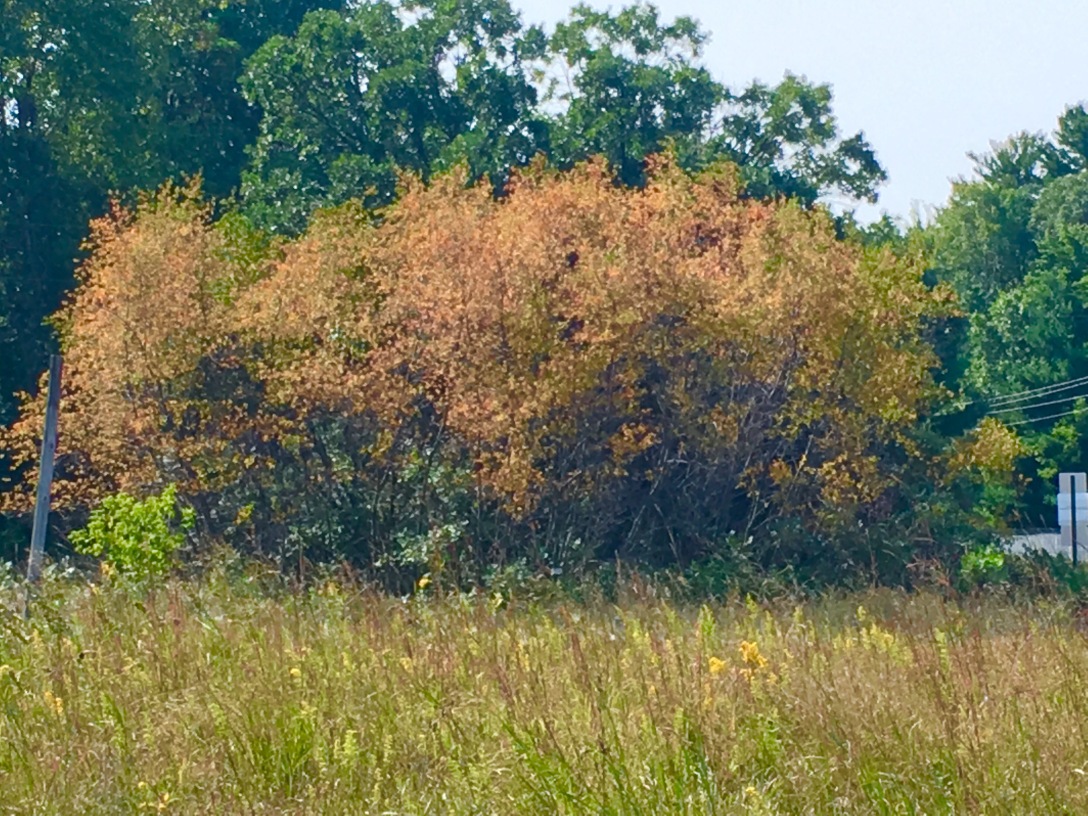 5 thoughts on “Day 41: Through the cornfields to North Branch, MN”