On the way out of Wolf Point, the landscape was kind of nice and, while I was riding into the wind, it was mild and cool. I rode over the Missouri River- which was probably 100 yards wide this far north. Then, the ride started changing… I rode into a landscape devoid of any inspiring topography.  The road became both distressingly straight and quite hilly. And the hills were the perfect combination of amplitude and frequency so that I had to work going up but due to the headwind, there was no coasting going down. Did I mention the wind? It built into a solid 20+ mph wind from the SE and of course I was going SE. So I was riding directly into this wind, going up and down hills, while my face was getting peppered with mainly gnats and mosquitos and some ladybugs. I know this because I just combed my beard… The only redeeming features of this ride were: it was mostly cloudy and only 53 miles. I will now shower, and then go search for a cold local beer. Daily mileage: 53, trip miles: 1,253. 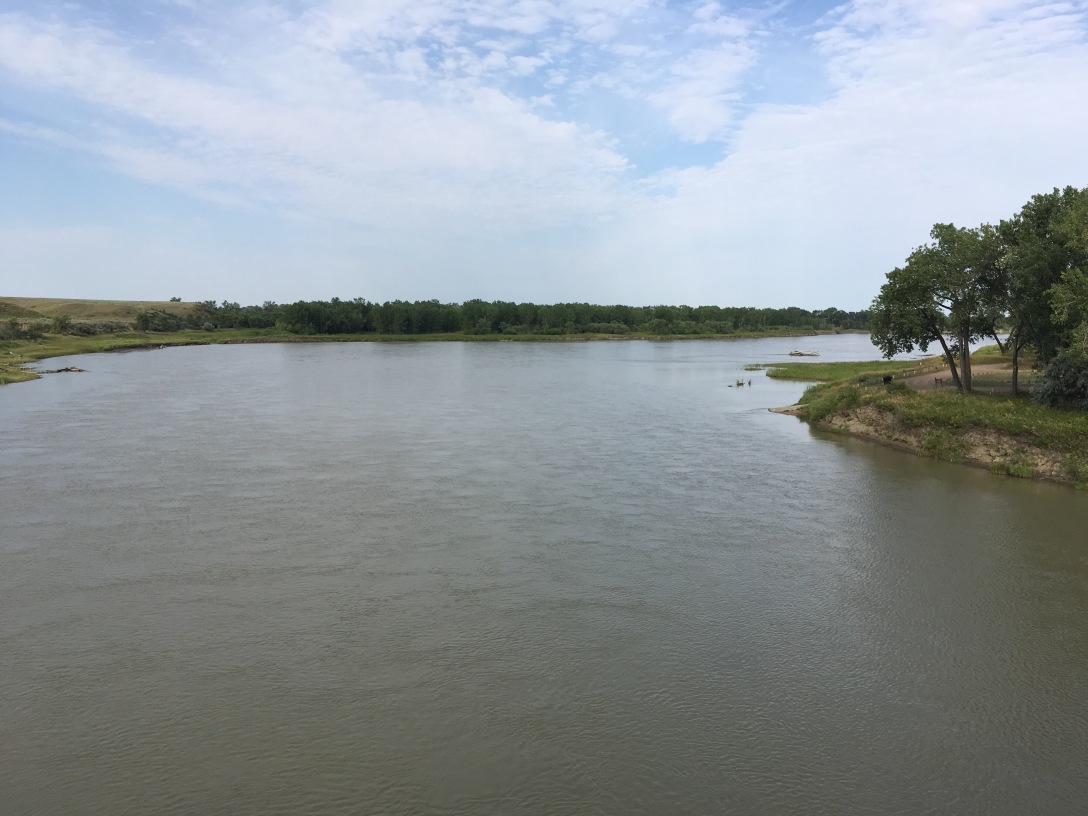 The road was pretty straight and quite hilly. Note to Steve Matthews: I’d like you to try and be a teeny bit more positive with your comments this time. 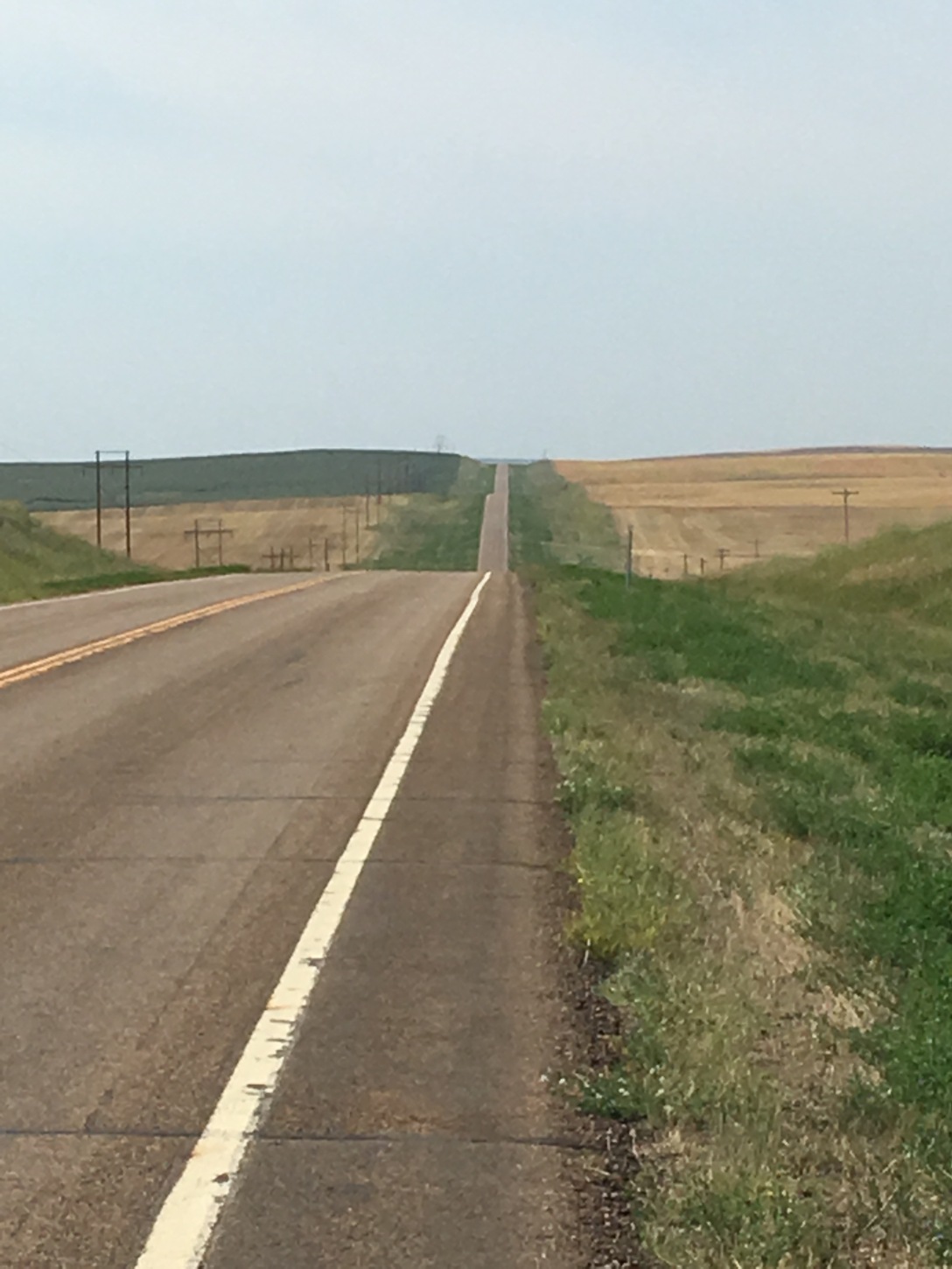 Wait a minute, is this corn? I paused for several minutes here contemplating the incredible agricultural diversity I was privileged to witness:

I am a bit prone to exaggeration but here is a photo of a telephone pole blown down by the very wind into which I was riding:

The landscape was sort of featureless,  yet the subtle interplay of colors between the CRP grass and wheat was mesmerizing. It was like those photos where you de-focus and see something in 3-D in the background. When I stared at this field and de-focused, I could see a pirate. Honest, you try: