I left the B&B at 09:30 this morning after a nice breakfast and several cups of coffee. The first 2.5 miles were all downhill! Then I hit 97 South which parallels the Delaware River and it was beautiful and hilly, just like yesterday. There were some really winding sections of road along the river today both climbing up and going down- somtimes with minimal shoulders… I had lunch in Port Jervis and then had a 1,000′ climb followed by a short descent and then endless hills…Just past Middletown I intersected the Orange-Hermitage bike trail and rode it for about 10 miles. The bike trail was beautiful, shady and flat! After the bike trail I got lost around Monroe a couple of times- I blame Google Map not my routine inattention to directions, but eventually found my way to my sister’s house where Janet and I will stay until Saturday morning! I was glad to finally arrive in Monroe; it was a long, hot, hilly ride. I think I am ready for another couple of rest days before my last two days of riding. Daily mileage: 60, trip miles: 3,698.

Paul & Sue, proprieters of the B&B I stayed in last night:

Some big hills and some flat sections along the river:

A view from on high of the Delaware River valley:

A fun section of road along the river:

A nice assortment of yard art!

Some pretty old houses along the way: 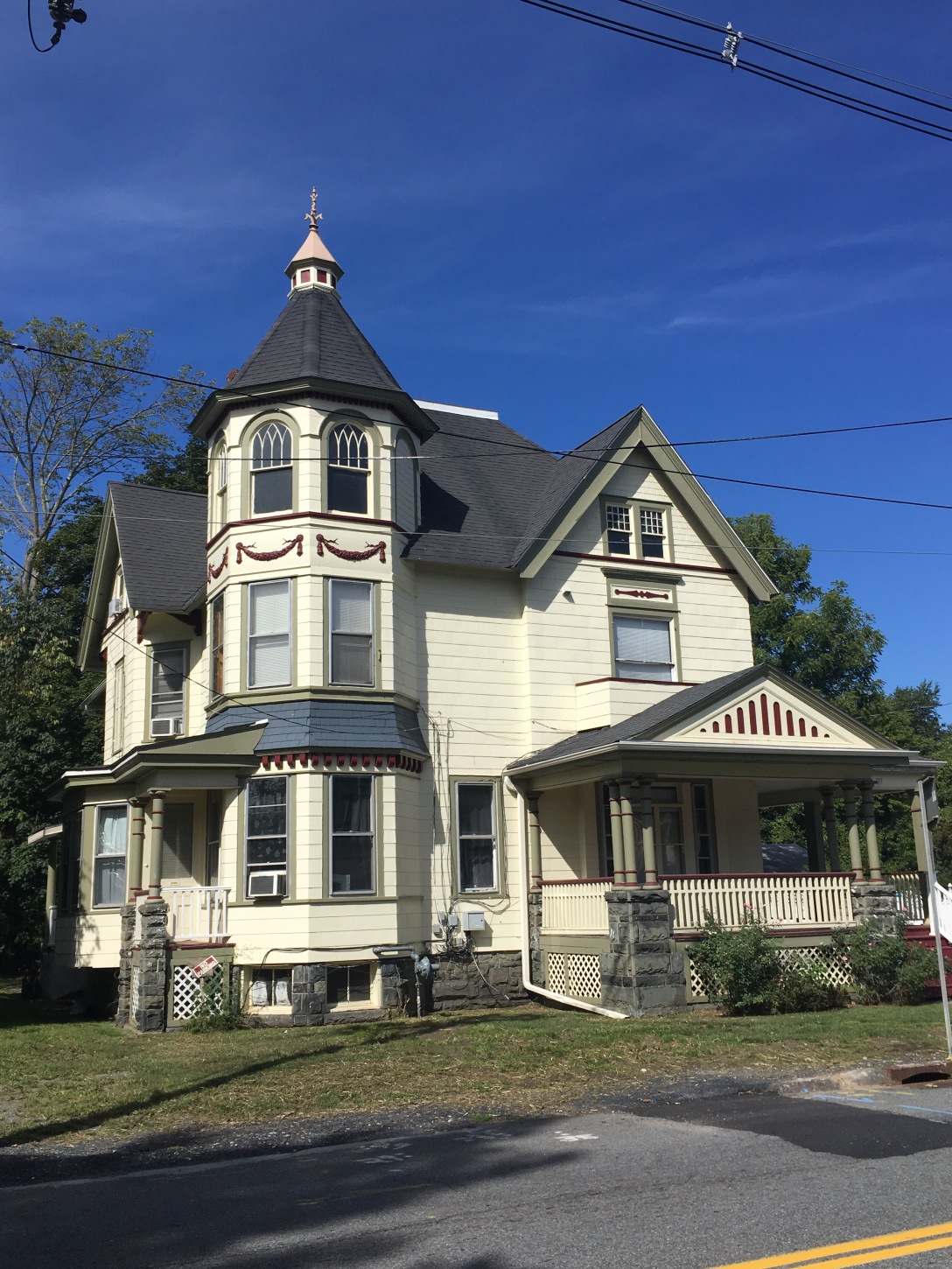 Route 6 coming in to Middletown: 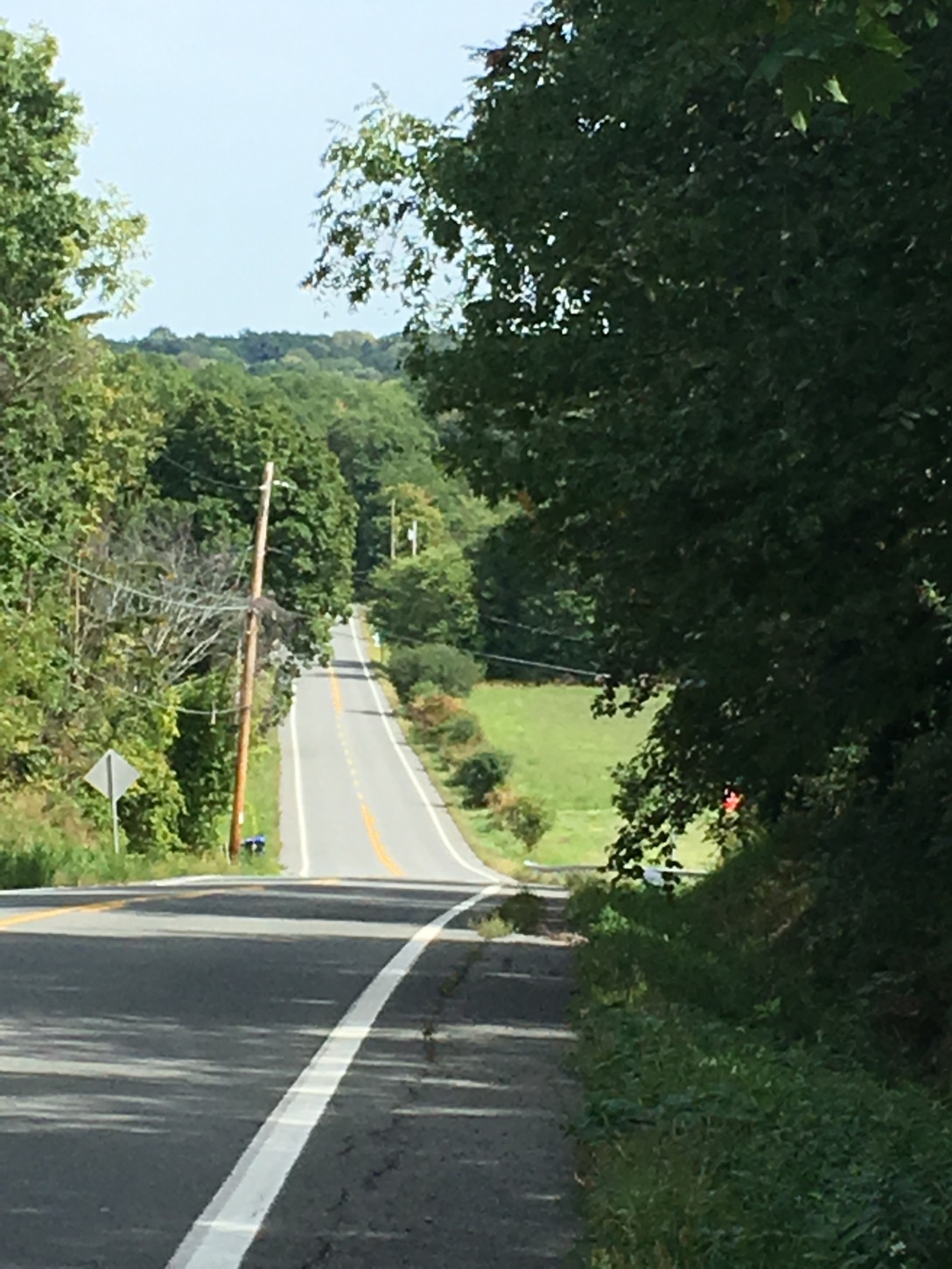 8 thoughts on “Day 68: Another beautiful and very hilly ride to Monroe, NY”